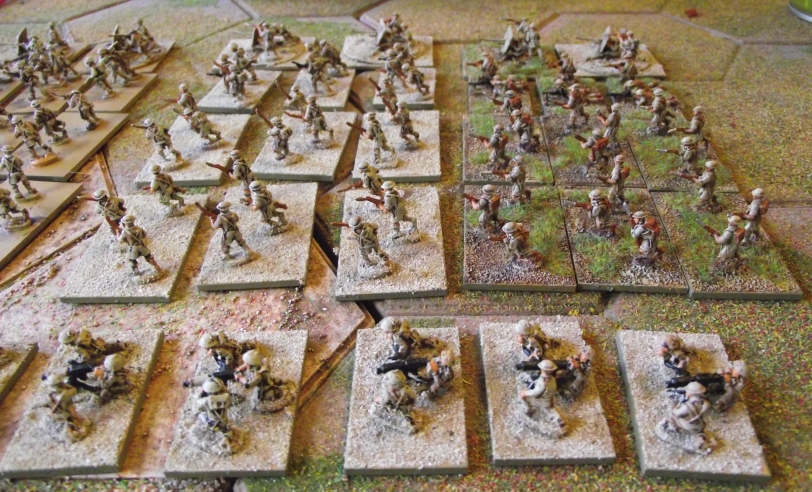 British 8th Army platoons plus some 2pdr AT and HMGS

After completing the Sharp Practice re-base project – I am now looking to re-base my WW2 and SCW 15mm figures – so they all look the same and conform to the rules I use – Crossfire, I ain’t been shot yet mum, and Chain of Command.

My figures are a mix of Old Glory and Peter Pig and include Foreign Legion, Moroccans, Carlists, International Brigade, Militia and the Peninsular Army and the Popular Army, I also have Italians!!! Some are probably 15+ years old…..

It’ll be good to get these out for a fight or two.