I’ve just quickly painted up some Peter Pig 15mm DAK troops – to fill some holes in my force. I remember many years ago painting up Peter Pigs Spanish Civil War range and not enjoying the process – I lost patience in the end. I approached these a lot more lightly – and with the 3 foot rule in mind.

This is my Battlegroup Tobruk Schutzen platoon – guys on motorbikes – what not to like!!! These were really nice to paint up – easy to assemble – and look effective (3 foot rule!) – all Peter pigs – including the kubelwagen command car.

These will be sweeping forwards of my DAK force – perhaps accompanied by my Italian motor cycle troops! 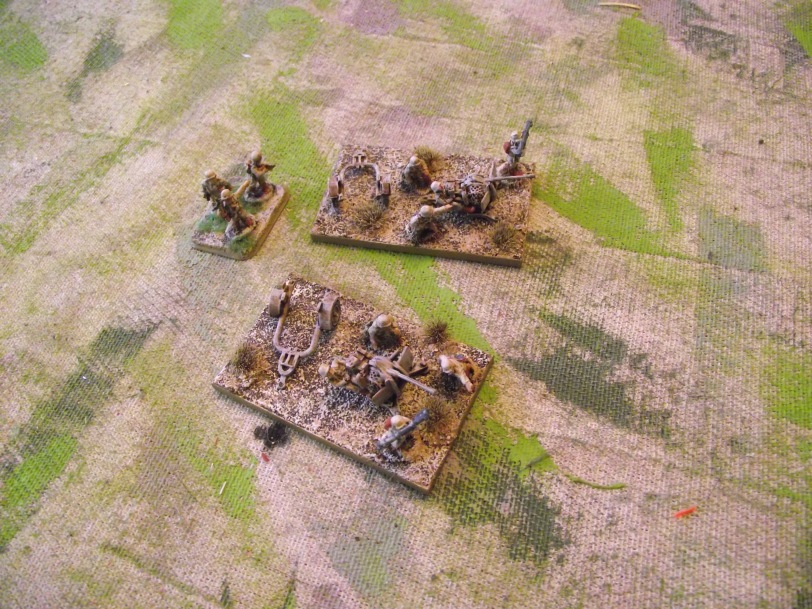 From Battlefront Flames of War   – 2 20mm AA guns – plus command. I was missing anti aircraft units – now I have two!! These were pigs to build, and still don’t look quite right – the instructions on the website clearly referred to an earlier version of the figures and were or little use. I will probably build some Sdfkz 251 c’s as the tows (I still have 4 PSC ones to make) 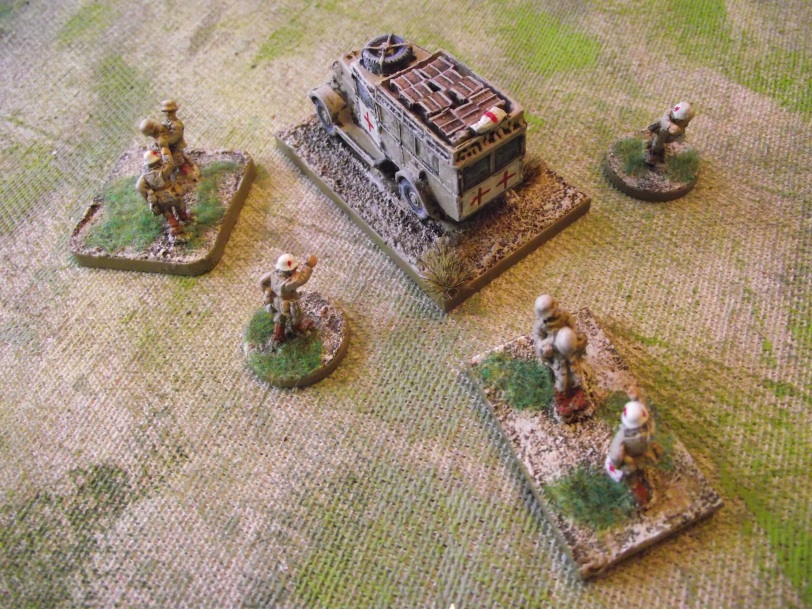 A Peter Pig Granit Truck being  used as an Ambulance – with the Peter Pig German casualties/medic set. These were a joy to paint up – and it is nice to put these sort of troops/units onto the table as well as the usual tanks and guns