This may be link heavy but I wanted to get all my initial thoughts and links in one place – as this may be a step by step process, I may need to refer back to.

First up I wanted to approach the map – this will, I think, define how the campaign works.

A beautiful map indeed – but really short of detail. I have thought of printing this in some way and then overlaying a hex/square grid, if a grid is the way to go.

These maps have already been the subject of wargamers gaze and converted thus:

This is the index to the rest of the maps in this series covering the whole of Europe:

Whilst this very good blog gives 3 dimensions to the maps around the 1810 campaign:

And finally something that is completely brilliant – a map that calculates how long movement takes between points, taking into account seasons, type of travel and priority. However it is based on the Roman Empire, but things in Europe would not have got any better and in some cases probably worse by the 19th Century so I consider it relevant. Its a great webby:

The two example maps of Spain I have in board games are this: 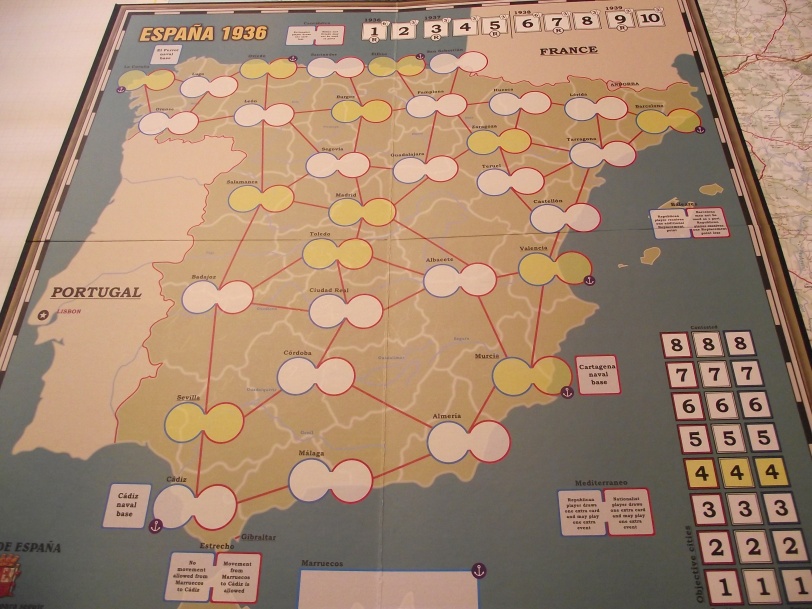 As you can see they both take a different approach – hex covered allowing full movement, and point to point, which channels the players to historical routes/campaigns.

My objective is to game the peninsula War at a strategic level allowing battled using Blucher, and smaller conflicts with Sharp practice. I wanted to cover the whole of Spain with the ability to just take individual campaigns, such as the 1810 invasion of Portugal, my first campaign. I will be writing my own rules, taken from research as well as a couple of other rules sources.

I thought about the two approaches to maps quite a lot and decided to go for a system that allows full movement, but also shows the importance of routes taking better terrain or road systems. I also wanted to abstract the terrain to a greater level so I could effectively have a second system of terrain generation when it came to battles.

I obtained some 1:400,000 maps of Portugal and settled on using the longitude and latitude lines, which create rectangles, as my basic ‘area’. This rectangle is about 20 miles x 12 miles, which I felt was a good size operational area which could be transferred to a table via Blucher system.

Here is a first draft at southern Portugal: 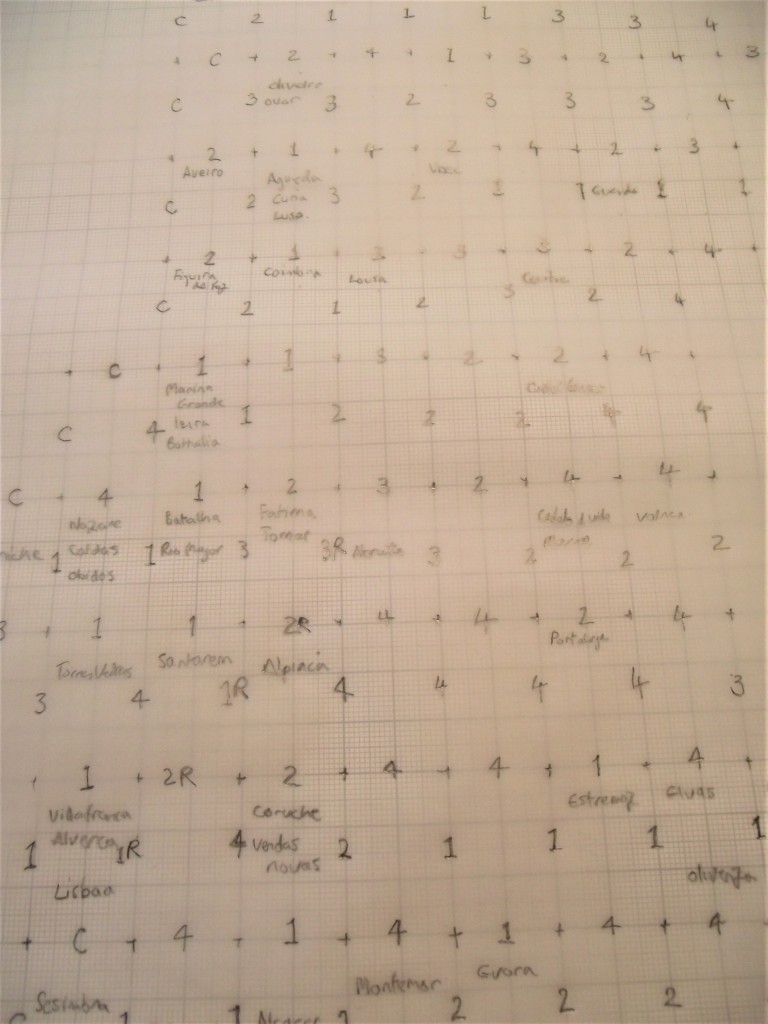 Each square has been allocated a level of connection to the next square based on the road system in existence. This abstracted figure ranged between 4, virtually no connection to 1, a main, metalled road. Any major town or centre has then been noted in the square.

Each square has then been allocated an terrain type – from Mountain, Hill to Plains.

Fed into my graphic app it came out like this: 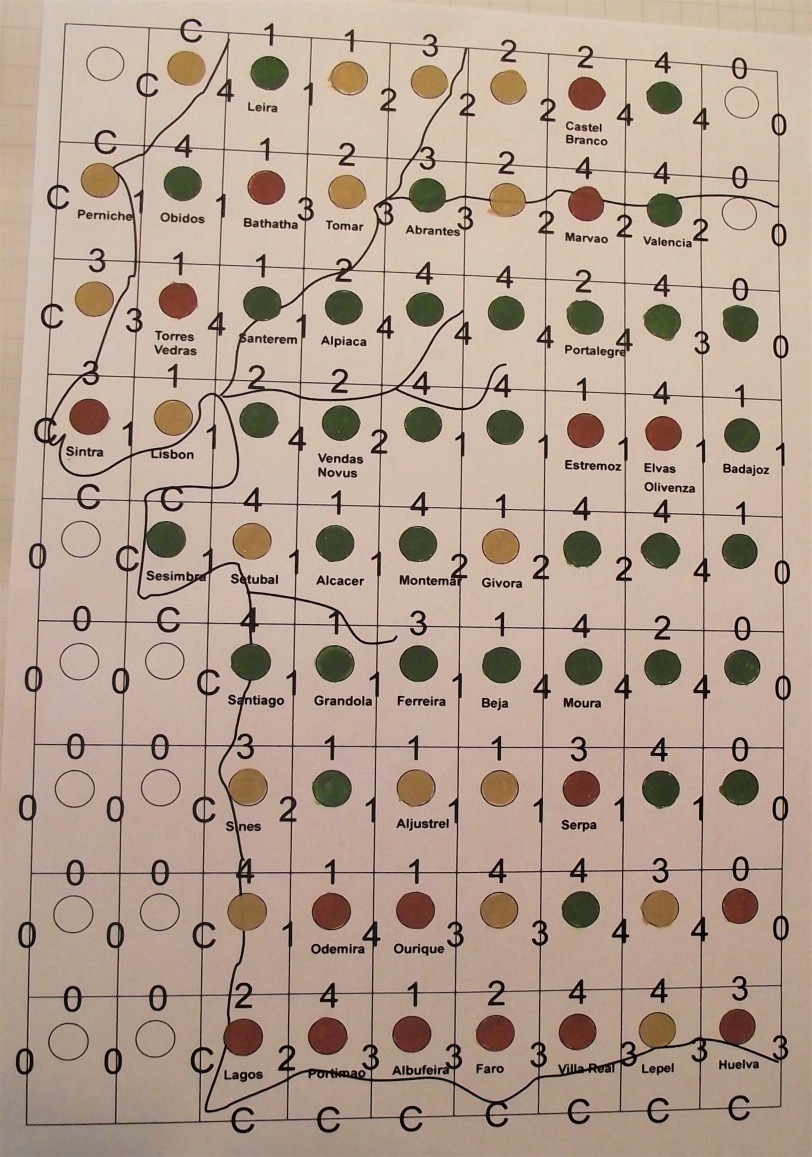 I painted in the terrain colours for now (for ease). I have added the coastline and the main rivers.

If you take the movement numbers as ‘days to move’ then you start to see how long it would take to move across various bits of Portugal, and why it was so important to approach Lisbon from the North. Bruce Quarrie in ‘Napoleons Campaigns in Miniature (1977)’ suggests a French force could move at its slowest 16 miles a day. Clearly in the context of this map that almost works, but I feel its too much so thought will need to be given to what the allocations 1,2,3 and 4 actually mean.

I need to research campaign movement more – also using the Rome march speeds app as above. I also need to get the North Portugal map finished. I can then get on with setting a campaign up to play, first up with setting objectives, both strategic and operational.