By acatcalledpiglit November 4, 2019 Ancient British to the strongest Wargaming

Kevin came up for a ‘big game’, so we decided to do a ‘To the Strongest’ Roman vs British bitch fight!!!

So the layout was based on this paper about the location of Boudica’s last battle.

In this paper two Roman historians (Tacitus and Dio) were quoted in relation to the battle. They said that the Romans had taken a position up a slope, on a plain backed by a river. Either flank of this position were wooded scrub that funnelled any attacker into the Roman position, much like the battlefield of Agincourt centuries later. The position was separated by river courses which meant the army was divided into 3 command. 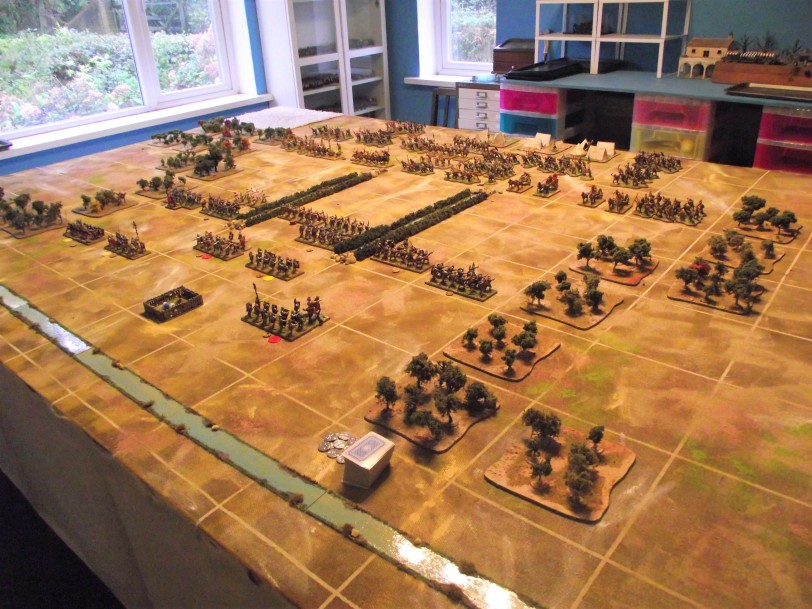 As you can see, the view from the right flank,  I have set the table up accordingly, with two water courses making three defence/attack zones. I played as the Romans, who deployed first, followed by the British, played by Kevin. The Romans, on this side of the field were made up of:

The Britsh were made up of:

The Romans deployed with their first line at the top of the two dividing water courses, whilst the British deployed 2 squares further away, at the start of the dividing water courses. Cavalry from both sides was assuemd to be fighting a skirmish battle in the woods, and thus these areas were designated no-go for the foot troops.

Here is another view from the left flank. I put my Legionaries back 2 squares as I was unsure how hard Kevin was going to come at me, and whether I might need to retire quickly. On the right flank I had no light troop cover at all, so it was a bit ‘suck it and see’ if I could defend that position.

Kevin had the problem of how to get his light troops in to soften me up, without them then getting in the way of his large, deep warrior units. I think I helped in that, by kindly killing a few of them!! 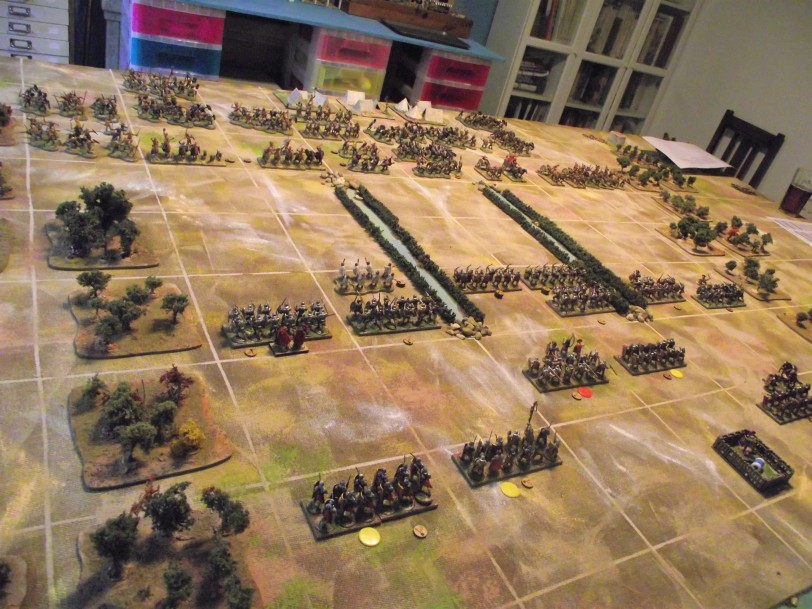 On the right flank Kevin came in with his chariots, and in the first move I lost an Auxiliary unit to his javelins. Ouch. I responded by unleashing my Veteran Legionaries, who quickly saw off the Chariots (or was it because they had run out of ammo?). This obviously left the way open for the big Warrior units to advance, but Kevin badly mucked up the movement of the Raw Mob, as they bumbled around achieving nothing!! 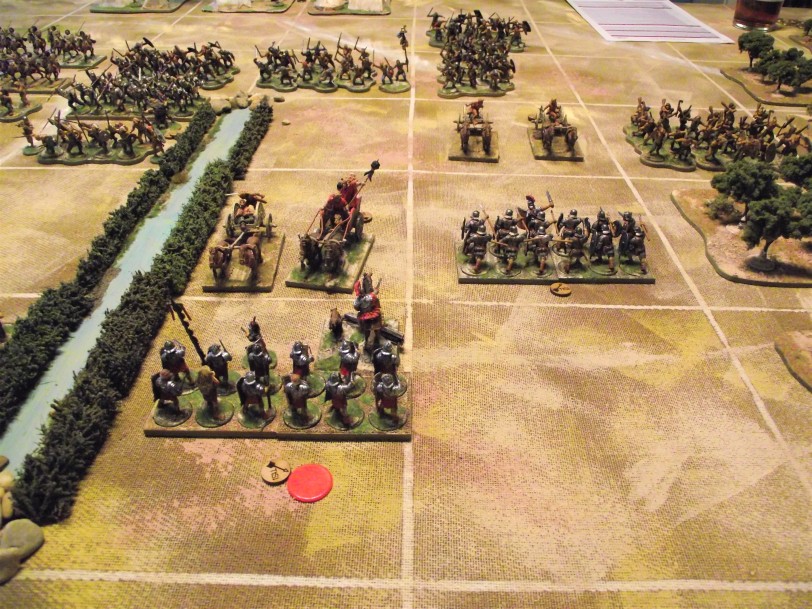 In the middle and left flank the deluge was still to come, with a few Light unit casualties on the British side. 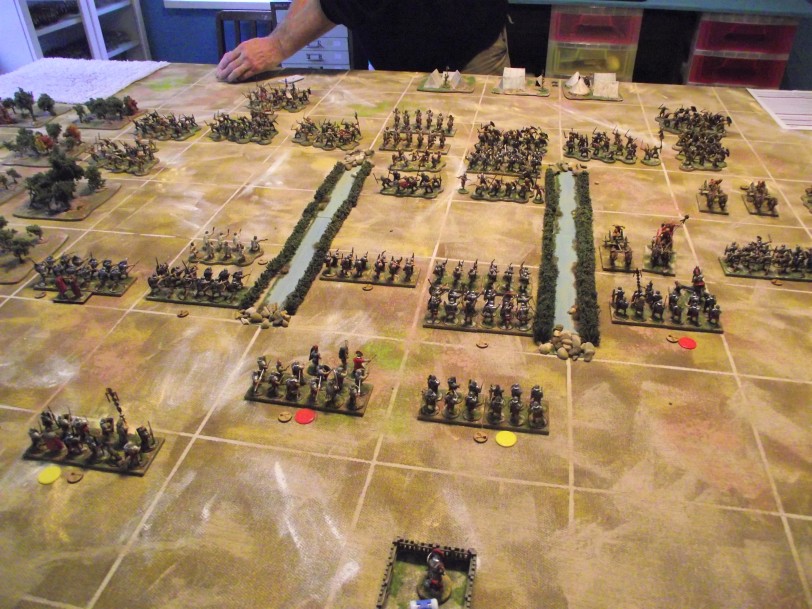 And then the deluge. Could I stop it? Kevin gets stuck in, and its touch and go… 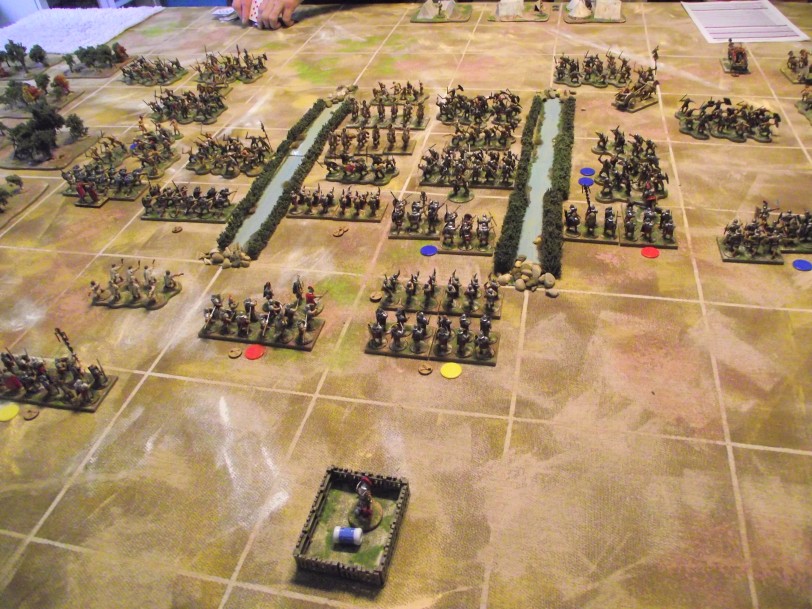 A ground level view of the back of the Roman line, under presssure.

Although Kevin has taken causalities, he is down by 12 Medals, he keeps going and the Roman line starts to break, down to 5 medals… 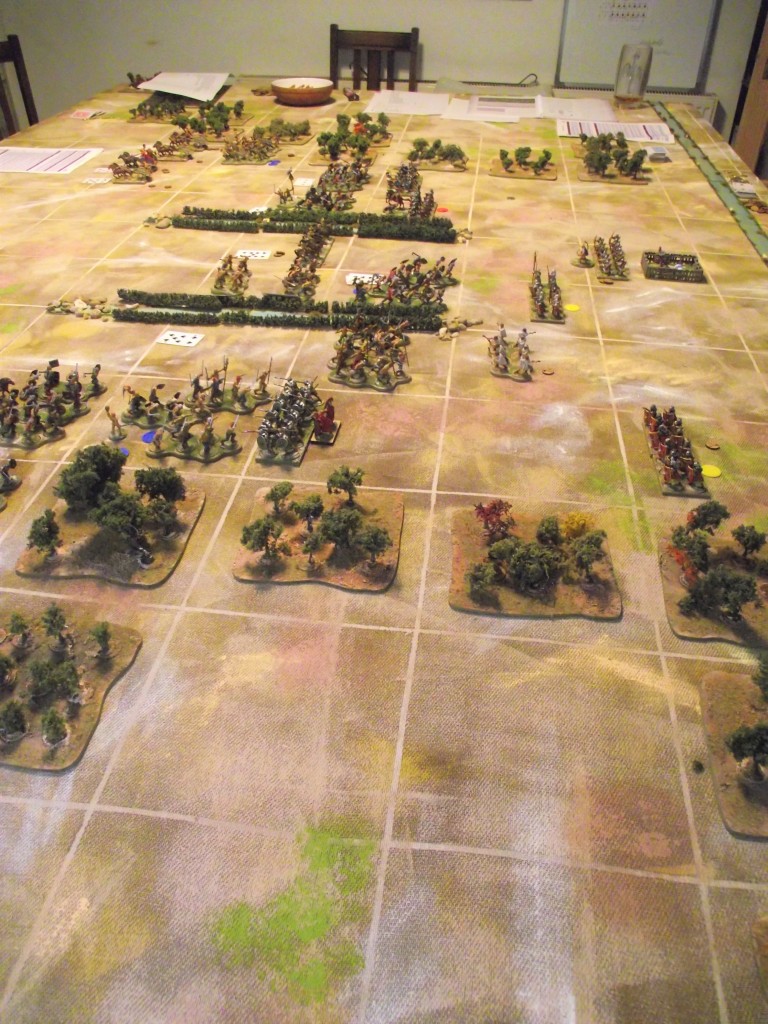 And then, when I thought I had got this, I lost 3 units in one move, down to -1 medal and defeat. Quick death at the end!! 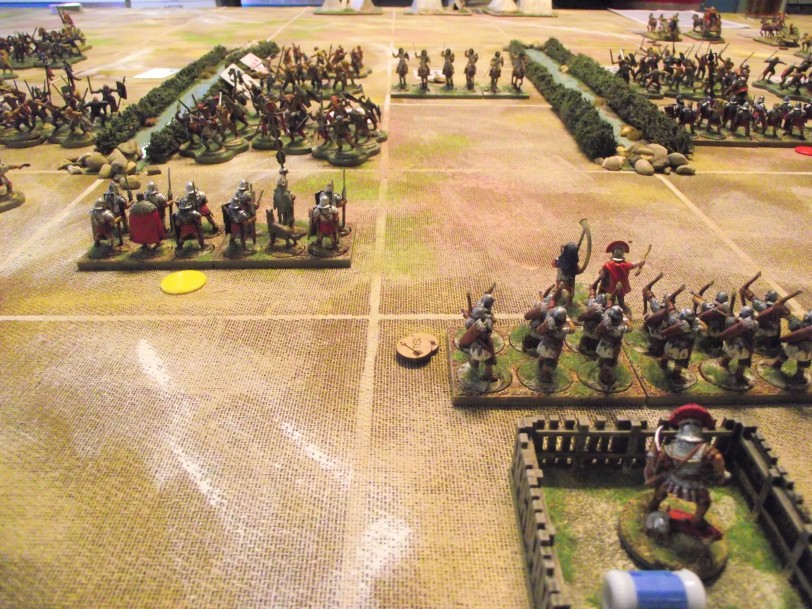 So Kevin won. It was a really great game, these rules continue to give good games. All in all 3 1/2 hours to play, no rules issues raised, except one about the rout of an evade move, which was simply resolved. A good side game was counting the cards, and winding the opposition up about how many aces still to come!

The down to the Beer Warehouse and a car boot full of foreign beers to taste.

Next time, hopefully Mike will also be up so we may play another ‘To the Strongest’ or maybe Edgehill, with ‘For King and Parliament’.