Edgehill – the final set up for the Christmas Game

By acatcalledpiglit December 23, 2019 ECW For King and Parliament Wargaming

I have done some more work on the Edgehill set up. I have built some old school flat top hills, and painted and gridded them up to fit on the table. I have visited the actual battlefield of Edgehill and there are no hills, but there are a few slopes, so I am assuming these ‘hills’ required by the scenario just represent them!

I also acquired the unit cards from Simon Miller, the author of the ‘For King and Parliament’ rules. They are very nice, but a right bind having to print them and cut them out. I think it would be better for all sides if he produced them as actual cards!!

I have also tried to make the units represent the actual units. For example there are a few pike only units, so the figures are just pike only, plus the parliament units have more musket, and are larger, so I have made them of 4 bases. 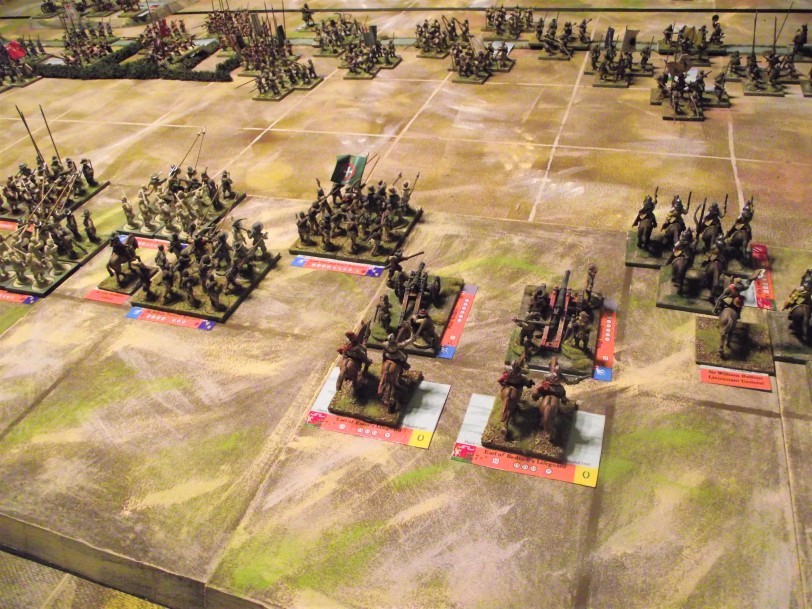 This shows the right of the parliamentarians, on the old school flat hill, the two batteries and the larger foot units. in the distance can be seen the Kings left flank – a lot more cavalry, and smaller, less shot units. 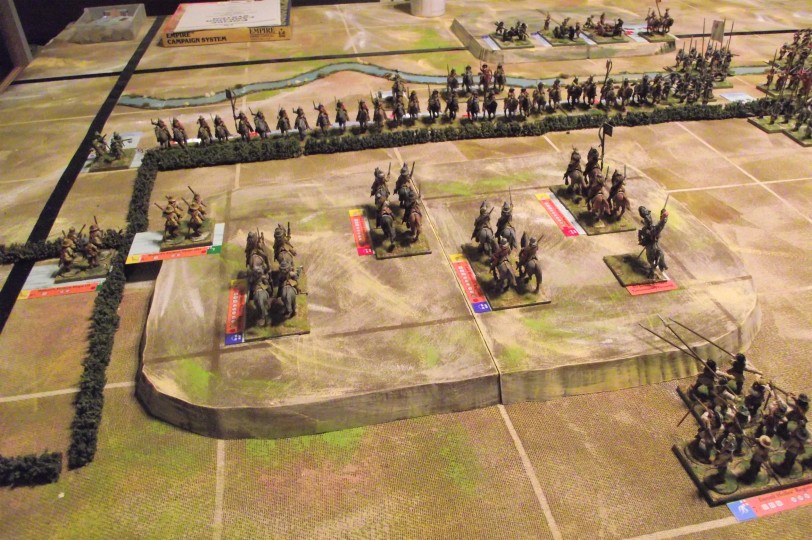 The left flank of the Parliament, the cavalry on the flat top hill. The Parliament cavalry were organised in the Dutch fashion, i.e a deep unit, that looks to fire at any incoming enemy before hand to hand. In the distance can be seen the Kings right flank, the cavalry arranged in the Swedish fashion, a shallower unit, designed to charge into hand to hand combat, and fire its weapons once there. An interesting face off, which historically did not go well for Parliament.

The Parliament battle line – larger units in the Dutch formation of Battalia. In the distance the Kings battle line, smaller, compromised by the hedge. Because it has a lot less shot, its going to have to cover that ground to get into combat with the Parliamentarian line quickly, otherwise the Parliamentarian units will weaken them with shot, before attacking themselves.

The whole battlefield (within the black lines) from Lily Boof’s corner. 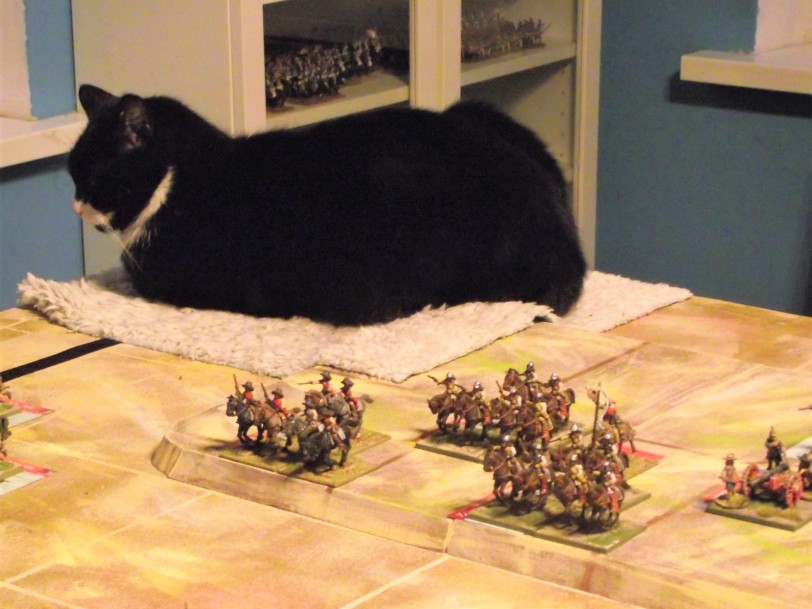 Lily Boof has a corner of the table with a fleece blanket she can sleep on. After lengthy negotiations we came to an agreement where we recognised that she would get on the table and lie anywhere or on anything, so giving her a set bed was the safest outcome if I wanted my figures protected!

She loves helping me paint as well!